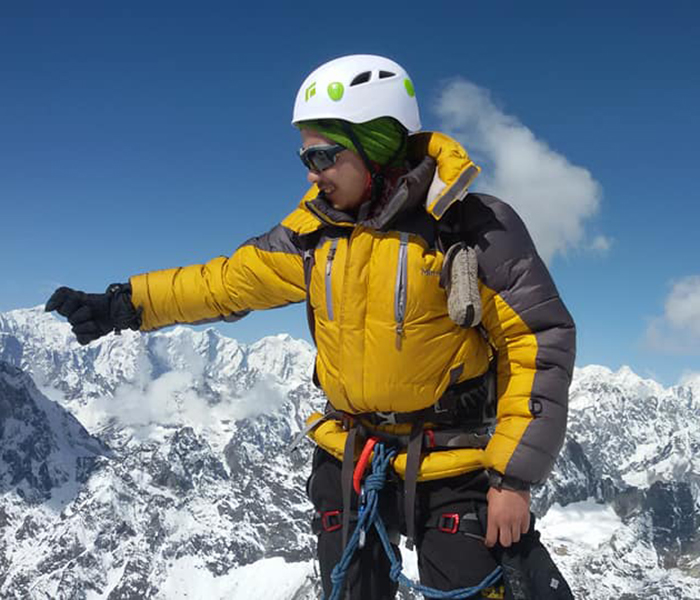 Bhoj Kumar Ghising, was born in Kavre district, He has handles Operation Department of Top of The World Treks for treks, tours and expeditions in Nepal, Bhutan and Tibet. Bhoj has more than ten years’ experience of working as a trek, tour and Mountaineering leader and he is familiar with most of the  region in this part of the world. Bhoj has  an extensive experience and knowledge in conducting treks, peak climbing and expeditions programs in the Himalayas  region such as the classical trekking regions of Everest, Annapurna, Manaslu, Langtang, Kanchenjunga, Dhaulagiri, among others.

He also organizes peak climbing and expedition programs to Himalayan peaks such as Lobuche, Island, Mera, Chulu west, Chulu east, Pisang and The expedition are Amadablam, Baruntse, Kusum Khanguru, Pumari, Manaslu, Annapurna one, Dhaulariri as well as other Himalayan peaks below 8,800 meters. At times he is working inside office and also in the field to lead the group in the mountain. He is also one of strong climbing/trekking guide and leader and goes to handle the trek and climb whenever his schedule permits. During the period, he has trekked extensively to Himalayas of Nepal and also climbed major peak like Island (6189m), Mera (6470m) Naya Kanga (5844m), Lobuche (6119m) and base camp support guide to 8000m peak such as Dhaulagiri, Manaslu, Annapurna I.